Ristretto | Why Is Coffee in Paris So Bad?

In Ristretto, Oliver Strand, the curator of the Times Topics coffee page, explores the world of coffee gadgets, coffee beans and why it’s never been easier to get a perfect shot of espresso.

I just came back from Paris, a city where the cafes are as central to daily life as running water and perfectly knotted scarves. And yet the coffee is almost always disappointing.

I want to put it in stronger terms, but I’ll leave it to Duane Sorensen of Stumptown Coffee Roasters, who once asked me: “Why does the coffee in Paris suck so bad?”
Why, indeed?

Maybe it’s because Paris cafés do all the little things wrong: old beans, over-roasted beans, second-rate machines. Coffee is ground in batches, not to order. Order a café crème or noisette and out comes a box of U.H.T. milk, a shelf-stable dairy product. Even the venerable Cafés Verlet (256 rue Saint-Honoré, 011–33-01–42-606–739) ignores a basic rule and keeps roasted beans in open barrels.

The composition of most espresso blends doesn’t help things. James Freeman of Blue Bottle Coffee often points out that the French have a taste for robusta, a low-cost, low-quality bean that gives good crema but can taste thin and harsh. Or,to paraphrase a conversation I had with Corby Kummer, drinking robusta is like putting balsa wood in your mouth.

It’s a vivid image. No wonder some feel that the best coffee in Paris is Italian.

On this last trip, I went to one coffee place worth visiting.

And it’s the same place several coffee nuts told me to go to, from James Hoffmann of Square Mile Coffee Roasters to Nicholas Cho of Wrecking Ball Coffee Roasters. Even New Numbers, a Brooklyn band, pointed me there in 140 characters or less via Twitter. (They threw in a twitpic, too.)

It doesn’t look anything like a French cafe (no tables outside) or an American coffee bar (no visible tattoos). Actually, it feels less like a coffee shop than a candle shop, and it’s so homey, so disarming, it takes a moment to register that it’s for purists: single-origin espresso drinks only, made with direct-trade beans roasted in-house.

The espresso changes daily. There’s a pipsqueak three-kilo roaster in the front and a coffee bar in the back. Whole beans are available for sale, about 20 varieties at any given time.

La Caféothèque was started in 2005 by Gloria Montenegro de Chirouze.w She runs it like a country inn: she dotes on her customers, she chats in multiple languages, she smiles. All the baristas smile.

And all the baristas take their job seriously, which is maybe what sets it apart from the other cafes in Paris — they pay attention to the espresso, they steam milk with some artistry and flair. It stands out in a city where most work a coffee machine with the slack enthusiasm of a 19th-century laborer.

The strangest thing is that Parisians don’t seem to care. McCauley of Cafés Richard thinks because coffee is everywhere, it’s become “a given,” and taken for granted, though he feels things are improving.

Montenegro de Chirouze put it less diplomatically.“The French have an analytical palate, but they haven’t been exposed to good coffee,” she said. “Once I brought some very nice coffee from Guatemala to the coffee importer in Le Havre and made them try some. They said it was too good for the French.” 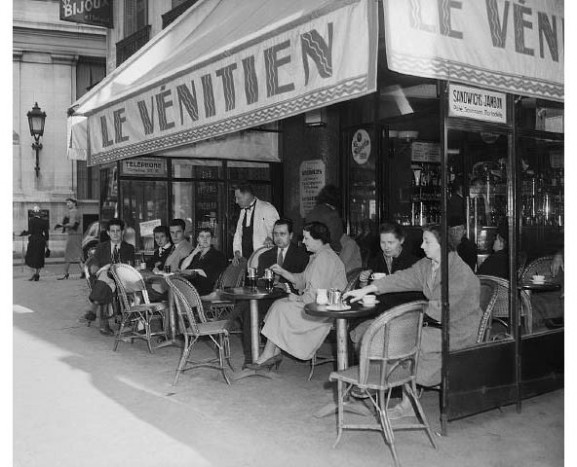